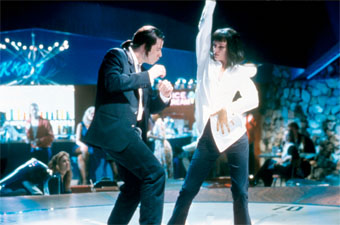 Sound, Music and the Moving Image

This class aims to introduce students to the study of the multi-faceted levels of aurality in the moving image. We say that we “watch movies,” yet much of what we perceive visually can be dramatically inflected by the sounds but how do we listen to them, and how aspects of aurality—whether through the choice of specific soundtracks (from popular music to classical repertoire), or the sound techniques (distortion, disembodied voices, silencing or enhancing specific noises).

Main topics of discussion will include:

– The use of soundtrack for the commercial commodification of some movies, and for their contribution to the cult status of some movies (blaxploitation movies, the “soundtrack movies” from the 1970s and beyond, movie musicals, Quentin Tarantino’s cinema, Bernard Herrmann’s music for Hitchcock’s Psycho, etc);

– The deviation in European, and Asian cinema, from Hollywood mainstream musical practices;

– Gendered representations of sound, voice and the singing/musical bodies in pop and rock music videos;

– Aurality as an agent and expression of trauma, from sonic warfare to horror movies.