The copa ends but the work continues 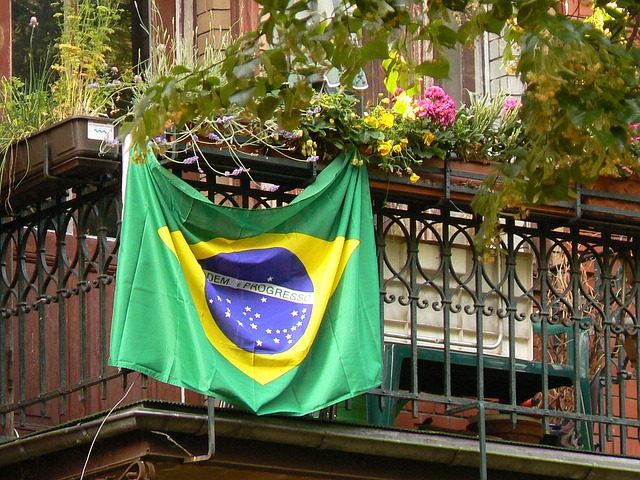 Read what our students and faculty members are currently writing about Brazil in our new blog portion of the GBL website.

The copa ends but the work continues

It has been several months now since Brazil’s inglorious exit from the World Cup.

I watched the Germany game along with twenty thousand other spectators in front of the big screen on Copacabana Beach.  Up close I witnessed the stunned silence, tears, and subsequent outrage at the disastrous performance of the Brazilian team. The loss to Holland for third place a few days later was the rotten cherry on the sundae of national disgrace.  But what I found more interesting during my time in Rio this July was the kind of reflection, once passions had cooled, that the loss provoked among friends, acquaintances and colleagues.

The predictions of increased mayhem and street violence during the Copa, especially if Brazil performed poorly, barely manifest as far as I could tell.  On the night of the derrota total (total defeat) shouts of “a copa já acabou!” (“the World Cup is over!”) and “acabou o amor!  Isso aqui vai virar um inferno!”  (“the love is over, this here is going to turn into a hell!”) echoed through the streets.  And there were the predictable fan scuffles, nothing unusual for futebol games in Brazil.  Perhaps it was the cool rain that began before the first goal was scored and persisted through the night that “esfriou a cabeça de todo mundo,” or cooled everyone off, as the friend I was staying with suggested.  The next day dawned like any other in Rio.  Life back to normal, green and yellow street adornments bedraggled by the rain, and the pop-up stands of Brazilian paraphernalia that should have done booming business for another 5 days packed away until the 2016 Olympic Games.  Most notable was the absolute absence of the excitement and energy that had begun, finally, to percolate.

The streets may have been silent but not social media.  Twitter and Facebook buzzed with outpourings of disbelief and tears, but mostly ironic digs:

“I went to get a beer, goal

I opened the refrigerator, goal

I closed the refrigerator, goal

I drank my beer, goal

I went to piss, goal

I flushed the toilet, goal

Imagined if I had taken a crap?”

“Not even Wolkswagon makes as many gols (a popular car in Brazil) in 30 minutes.”

A selfie of Julio Cesar in the goalie box, with hundreds of soccer balls covering his face

“Goals never end, happiness does” (a riff on a samba lyric)

“Great tribute to Neymar: if he doesn’t play, no one plays!”

Or one of my favorites,

“Finally we overcame the trauma of 1950…with another!”

referring to the last time Brazil hosted the World Cup and lost to Uruguay in the final game in Maracanã stadium.  This year the Seleção would not make it to the final or play even one game in Rio’s famous stadium, renovated with some of those infamous billions of dollars that made this the most expensive World Cup to date.

The witty online repartee was fun to follow and reminded me of the dark humor Brazilians relish, often making light of much more devastating tragedies than lost soccer matches.  However, it was the comments of the capoeira mestre (master) I trained with the next evening that perhaps best capture common sentiments among Brazilians.

As I entered the training space I was transported back to the 2002 World Cup when Brazil became 5th time champions, beating Germany in the final. At the time I was living in Rio doing doctoral research on the exquisitely beautiful fight/dance/game of capoeira, that some claim is second only to futebol in popularity in Brazil.  Training during the World Cup had been joyous then.  The space and bodies decorated with green and yellow to show our support of the national team and the mestre speaking passionately about the similarities between those three quintessentially Brazilian performances: futebol, samba and capoeira. Artful cunning, lightening-fast footwork, spontaneous creativity and heart-stopping virtuosity all make these embodied practices what they are.  This year the mestre pushed us silently through a training of kicks, defenses, feints, and acrobatic moves. Then as we all gathered in a circle towards the end of class he began speaking: “The game was more than a disaster.  It was a humiliation.  It is fine to lose – life after all is full of losses – but to lose in this way with such an utter lack of preparation or struggle was a disgrace.  Futebol today is a game of cowards; a jogo da força (“game of force” as Felipão’s aggressive coaching style has been called), that has lost its art and beauty.”

“But it is good,” he continued, “that the Copa ended this way.  Good because it makes Brazilians stop and reflect.  What does it tell us about Brazil?”  According to the mestre, it reflected the way the individual is valued over the collective, appearance over character.  The Germans had played like a team: almost every one of the 7 goals scored by a different player.  And what about the Brazilian team?  It crumbled, disintegrated into a stumbling group of amateurs because the star striker, Neymar Junior, was out with a cracked vertebra. The mestre also didn’t miss an opportunity to promote his own passion and work: capoeira serves a much greater social purpose, he claimed.  “How many hundreds of capoeiristas born in Rio’s favelas now earn a living teaching capoeira throughout Rio, Brazil and abroad?  Can you say the same about futebol?” he asked us.  (While certainly you could say the same about futebol, his point here was that youth in the favelas who play futebol dream of some day becoming the next individual superstar – wishing for the moon.  Young capoeiristas dream of some day playing as well as their mestre, becoming known in the global capoeira circuit, perhaps traveling abroad and most importantly, earning a living with capoeira – all more reachable goals).

The mestre’s comments reminded me of my surprise at then President Lula’s speech after winning the bid for the 2016 Olympics.  He said he had never been prouder of being Brazilian; that finally Brazil had “left behind the level of second-class countries and entered the ranks of first-class countries.”  I thought it strange, but also strangely Brazilian, that the man who had come out of poverty and built his political career around championing the povão (common people) was proudest of his nation, not for finally, after three attempts, voting him into office on a platform of social reform that favored the poor, but for joining the club of elite nations.  For appearance over character, to echo the mestre’s words.

When I watched the repeat humiliation of the Brazil team by Holland (3-0) a few days later in a restaurant in my old neighborhood of Catete, the Brazilians in the place stopped watching after the first goal, turning their attention to conversations at their tables and leaving the tourists to groan and carry on for the remainder of the game.  For the rest of my time in Rio I would encounter this indifference from Brazilians, this purposeful turning away from their most treasured pastime.  When I asked what people thought of the “disaster” or “tragedy” as it was referred to in the press, I was met with more disgust than sadness, impatience over anger.  Waving her hand dismissively one service worker retorted that futebol was nothing but a money-making business now and that Brazil had more important things to think about anyway.

Rather than the crowning jewel of progress that Lula envisioned the World Cup and Olympics to be, so far the experience has simply reminded Brazilians that the work has still to begin.  The critique of FIFA and the Brazilian government’s absurd spending in all the wrong places is still there.  However, there seems also to be a turning-in, a self-critique and awareness of individual responsibility.

Brazilian futebol player Socrates once famously said, “victory is secondary.  What matters is joy.”  It seems Brazil has lost both the victory and the joy.  Yet, let us not forget that what is left – the struggle – is something with which Brazilians also have a longstanding familiarity.  Perhaps player Hulk said it best after his team’s exit from the Copa: there is nothing left to do but “lift up our heads and keep working.”