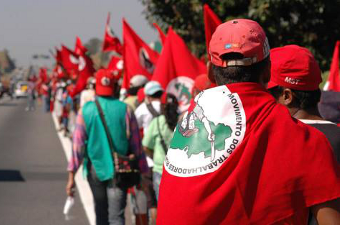 * Contact Prof. John French to register for this independent study *

Under the leadership of the two most recent democratically-elected presidents, first Lula da Silva and now Dilma Rousseff, Brazil has made significant advances in terms of economic growth with redistribution, a substantial decline in inequality, and a vast increase in opportunity across racial and class divides. Innovative policies combined with economic growth has grown the Brazilian middle class by 24 million people, the rate of poverty has been nearly halved, and the country has now begun to boldly address its racial inequalities with the establishment of a comprehensive system of quotas in its higher education system for those disadvantaged by race, class, ethnicity, and disability.

Three decades after a twenty-one year military dictatorship, Brazil has now elected its first working class and first female president: a fourth grade educated thirty-three year old Lula who led dramatic strikes and a onetime radical student Dilma arrested, tortured, and convicted at twenty-two years of age as a guerilla fighting to overthrow that regime. This transformation stemmed from a uniquely dynamic history of mass democratic protest, social movements, and popular education and organization that has gained the country international recognition. While crafting innovative new policies like the Bolsa Familia, Brazilian democracy still falls well short of what is needed by its people and deserved, as they made clear in a wave of spontaneous protest in June 2013.

The Building Democracy, Combating Inequality: Movements, Protest, and Policy group independent study are open to students with interest in policy formation and political and electoral dynamics – or those seek to understand the spirit and culture of struggle that has given the world large scale occupations by landless rural and urban workers, the innovative social justice environmentalism of Chico Mendes, and the World Social Forum.