The Cost of Opportunity Conference 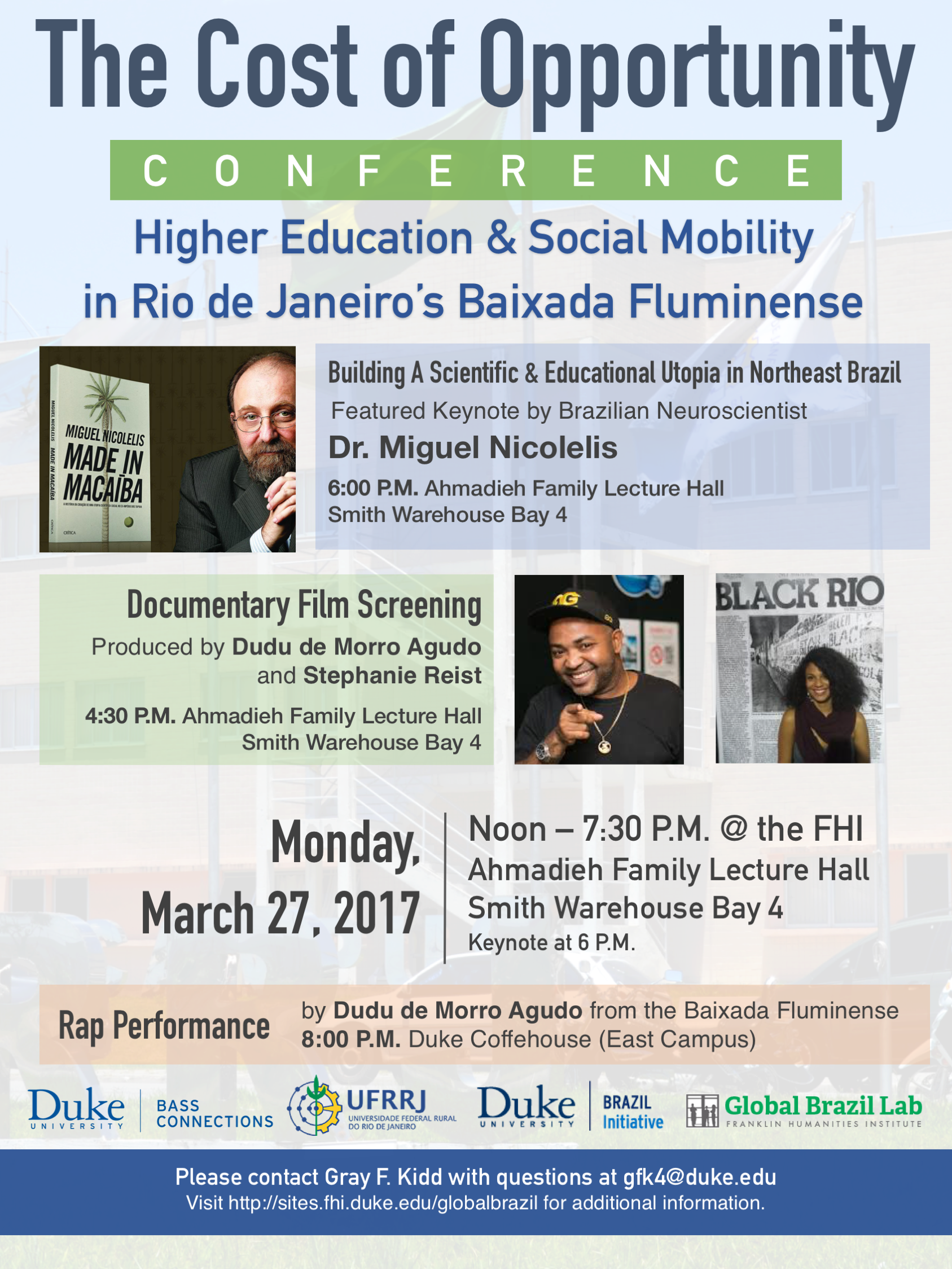 Leaflet for The Cost of Opportunity Conference to be held on March 27, 2017.

Duke’s Bass Connections research team studying the impact of increased access to higher education the Baixada Fluminense, an economically and racially marginalized region of Rio de Janeiro, welcomes a delegation of its Brazilian collaborators next month. Eight students, six faculty, and two staff from the Multidisciplinary Institute of the Federal Rural University of Rio de Janeiro (IM/UFRRJ) will join their counterparts at Duke for a weeklong collaborative experience. The high points of the exchange will be a conference on higher education in Brazil and the premiere of the documentary film, O custo da oportunidade, on March 27.

The featured speaker for the March 27 Cost of Opportunity Conference will be Duke neuroscientist, Dr. Miguel Nicolelis, who will deliver the keynote “Building A Scientific and Educational Utopia in Northeast Brazil.” His featured address will discuss the building of a new university in a marginalized region of Brazil that links maternal healthcare, K-12 education, and international neuroscience. Nicolelis is Duke School of Medicine Distinguished Professor of Neuroscience, Duke University Professor of Neurobiology, Biomedical Engineering and Psychology and Neuroscience.

The visit of the Brazilian team is the second stage in an ongoing collaboration with the IM/UFRRJ. In June 2016, five Duke undergraduates, three graduate students, and two faculty members engaged in three weeks of intensive field research in the Baixada Fluminense. Led by Duke history professor John French, along with Katya Wesolowski, a capoerista and visiting professor cultural anthropology, and two Brazilianist graduate students, Stephanie Reist and Gray F. Kidd, the Duke team conducted over 46 recorded interviews with UFRRJ students and faculty and learned more about the culture and history of the Rio lowlands.

The Cost of Opportunity Conference will involve student and faculty presentations followed by panel discussions. The Duke and Brazilian teams will screen the documentary film O custo da oportunidade, which emerges out of the research experience in summer 2016. The project is co-directed by filmmaker Dudu de Morro Agudo and Stephanie Reist. Morro, also an accomplished rapper, will also perform on March 27. 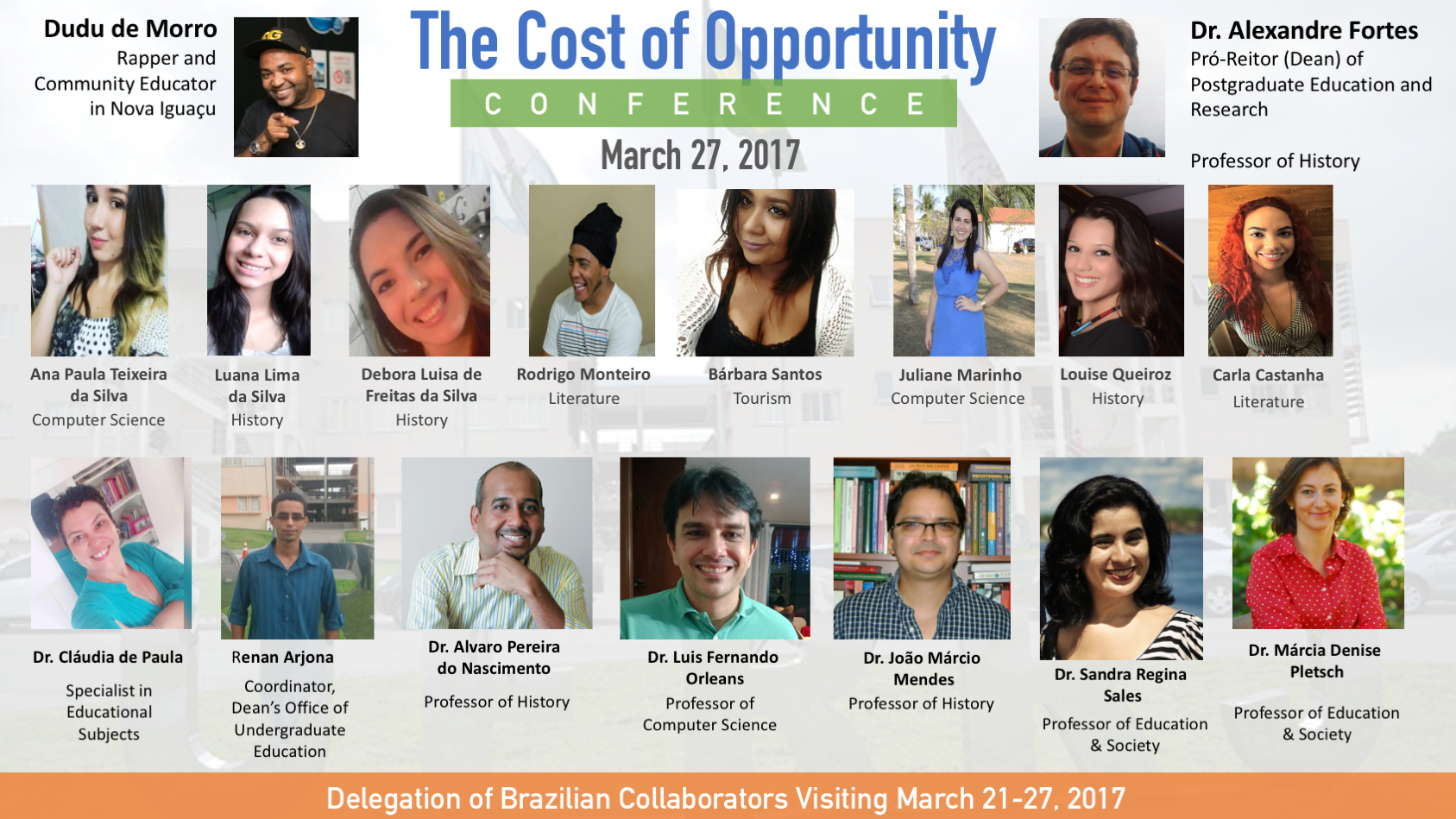 Delegation of Brazilian collaborators visiting Duke between March 21 and 27, 2017.

The IM at a Glance