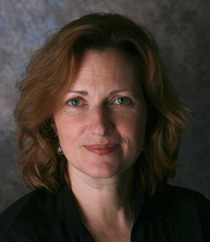 Deborah Jenson is Professor of French and Romance Studies at Duke University, Director of the Center for Latin American and Caribbean Studies, and co-Director of the Haiti Lab. She has developed and co-taught a series of Creole courses at Duke, including “Haitian Creole for the Recovery.” Her current Haiti research focuses on the “French era” in the Dominican Republic (1804-1808), revolutionary and independence texts by Haitian leaders, Haiti and Latin American independence movements, U.S. response to the Haitian independence, the cultural history of trauma in Haiti, and reconstruction ideologies and logistics. Current collaborative book projects include a biography of Jean-Jacques Dessalines, a volume of the letters of Toussaint Louverture, and an edition of an 18th century Creole opera. She has taught on the Haitian Revolution, francophone literature and the African diaspora in 19th century New Orleans, Haitian legacies in New Orleans, theories of representation, and Flaubert and the neuroscience of imitation. In the arena of Global Health and the History of Medicine, she has worked with Haiti Lab students on topics ranging from the history of cholera in Haiti and the Caribbean (see this article “Cholera in Haiti and other Caribbean Regions, 19th Century” and accompanying digital map) to the history of anthropological psychiatry in Haiti, to post-disaster mental health. She is also researching slaves’ African ethnic identities in 18th century Saint-Domingue through study of ads for runaway slaves.

Jenson’s 2011 book Beyond the Slave Narrative: Politics, Sex, and Manuscripts in the Haitian Revolution introduces the Haitian literary legacies that emerged during the Revolution itself: the literary production of Jean-Jacques Dessalines and Toussaint Louverture, and Creole popular poetry related to the libertine milieu. She is also the editor of the 2005 “Haiti Issue” of Yale French Studies. In the field of nineteenth century French studies, Jenson has published the book Trauma and Its Representations: The Social Life of Mimesis in Post-Revolutionary France, editions of Desbordes-Valmore’s colonial novella Sarah, and articles on topics such as Marx against mimesis, and mirror revolutions. With Warwick Anderson and Richard Keller, she has edited a volume on psychoanalysis and colonialism, Unconscious Dominions, published by the Duke University Press in 2012.