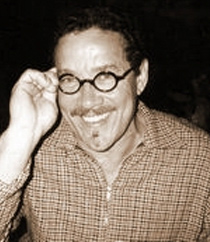 Edouard Duval-Carrié is an internationally renowned sculptor and painter who has collaborated with the Haiti Lab in multiple capacities. Born in Haiti and currently residing in Miami, Florida, Duval-Carrié studied at the École Nationale Supérieure des Beaux-Arts in Paris, France, where he lived for many years. His artwork has been exhibited throughout the Americas and in Europe and he is also sought after as a curator. Duval-Carrié directed the collaborative art project, Haiti, History Embedded in Amber. He as also co-taught several courses at the Haiti Lab during two residencies, most recently in the Fall of 2012, during which he and Professor Deborah Jenson and students translated an eighteenth-century creole opera, Thérèse et Jeannot, into English. This translation will be produced as a special-edition book that includes original art by Duval-Carrié as well as images from the original manuscript of the libretto.