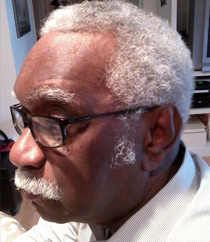 Jean Casimir is a leading scholar of Haitian history and culture and has collaborated with the Haiti Lab in numerous capacities. He was the Visiting Mellon Fellow, at the Center for Latin American and Caribbean Studies, Duke University, in Spring 2010. He is a Professor at the Faculty of Human Sciences of the University of Haiti, where he teaches courses on culture and society of Haiti and the Caribbean. He received his formal doctoral training in Sociology and Anthropology at the Universidad Nacional Autûnoma de Mèxico (UNAM), with a particular focus on studies of social change and development. He has held research and teaching positions in the Congo, Brazil , and Mexico. He has also held various posts with the United Nations, including among others United Nations Social Affairs Officer, and a position with the United Nations Economic Commission for Latin America and the Caribbean, all the while continuing his academic studies on Haiti. More recently, he served as Haiti’s Ambassador to the United States (1991-1996). His publications include La Cultura Oprimida (1980), La Caraibe, une et divisible (English version The Caribbean: One and Divisible, 1992), Ayiti Toma, Haiti Chèrie (2000), Pa Bliye 1804, Souviens-toi de 1804 (2004), and Libëte, Egaliteösou wout fratënite, Libertè, …galitèöen route vers la Fraternitè (2005), as well as countless book chapters and articles on Haitian culture, history and development.