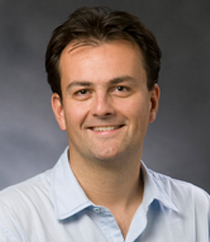 Laurent Dubois, a specialist in the history and culture of France and the Caribbean, is Marcello Lotti Professor of Romance Studies and History at Duke University and co-director of the Haiti Lab. His books include Haiti: Aftershocks of History (Metropolitan Books, 2012), Avengers of the New World (Harvard University Press, 2004), and A Colony of Citizens: Revolution and Slave Emancipation in the French Caribbean, 1787-1804 (University of North Carolina Press, 2004), which won four book prizes, including the Frederick Douglass Prize.

He is also the author of Soccer Empire: The World Cup and the Future of France (University of California Press, 2010) and has published two collections: Origins of the Black Atlantic, edited with Julius Scott (Routledge Press, 2009) and Slave Revolution in the Caribbean, 1789-1804: A History in Documents, edited with John Garrigus (Bedford Press, 2006). He is now writing a history of the banjo (under contract with Harvard University Press), for which he received a National Humanities Center Fellowship and a Guggenheim Fellowship. With Richard Turits, he is also currently working on a history of the Caribbean. He was the head historical consultant for the recent PBS documentary on the Haitian Revolution, Egalité for All, and the co-chair of the scholars committee for a New York Historical Society exhibition entitled Revolution! The Atlantic World Reborn, which was held in 2011. He is the recipient of a Mellon New Directions Fellowship to study Ethnomusicology.