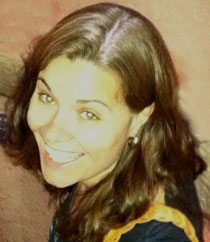 Lesley Curtis worked at the Haiti Lab in 2011 when she defended her dissertation, “Utopian (Post)colonies: Rewriting Race and Gender after the Haitian Revolution.” Lesley is interested in nineteenth-century Haitian literature and early postcolonialism. Along with Christen Mucher, she is the co-author of the first-ever English translation of the first Haitian novel, Stella (1859) by Émeric Bergeaud (forthcoming with NYU Press, 2014). She is also the author of “‘Vite elle se referme’: l’Opacité dans Le Livre d’Emma de Marie-Célie Agnant” forthcoming with Women in French Studies. Lesley has published on nineteenth-century French perceptions of colonialism and Haiti and on the idea of Africa in early Haiti. In January 2014, she published an edition of four French novels about the Caribbean with L’Harmattan’s Autrement Mêmes series.