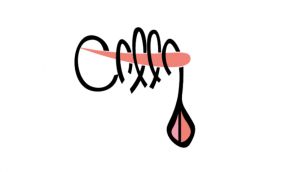 The Calla Campaign is a global campaign to bridge inequities in sexual and reproductive healthcare through technology, storytelling, and art. Born out of a medical device that makes cervical cancer screenings more comfortable and globally accessible, the Calla Campaign bolsters the voices of cisgender women, trans men, and non-binary people in re-imagining societal perceptions of their reproductive anatomy and healthcare. In dong so, we hope to create new spaces of empowerment for bodies that have been previously marginalized in the medical context.

“When I think of female reproductive anatomy, I think that it is enigmatic, hidden from us physically…this was an eye-opening experience to be able to visualize something that is so intrinsically a part of me that I have never seen in this way before.”

Though movements such as #MeToo have begun advocating for sexual and reproductive rights, modern gynecological practices still utilize medical technologies that were in use well before the first suffragettes even began to protest for their right to vote. This paradox – encouraged by an atmosphere of shame and invisibility of female and queer sexuality – is the curtain we are trying to pull back. Just as outdated tools like the speculum are still the status quo, outdated perceptions of the cervix and its surrounding reproductive anatomy somehow paint it as a site of shame and vulnerability.

The cervix is an organ of great meaning. It’s appearance changes geographically, just as it changes based on the context, resources or access an individual has to healthcare. It changes when a woman has been raped, it changes when a happy mother gives birth to her first newborn, it changes every day of one’s 28-day cycle, and in fact, it can be removed entirely if one chooses to do so. The cervix can bring us so much joy, for others of us so much pain. Yet, when do we ever sit down and talk about it? Do we even know what it looks like? We need a mechanism to allow us to us unveil our real truths, associations, and perceptions. It is time that our medical tools move along with the technological and cultural progress of our time, and challenge barriers to healthcare through enabling control and agency over of our own bodies.

An initiative led by the Center for Global Women’s Health Technologies at Duke University in collaboration with the Center for Documentary Studies and the Health Humanities Lab, the Calla Campaign comprises of a multi-media art exhibition, educational arts workshops, and a documentary film inspired by the potential that new visualizations of the cervix brings to one’s body’s well-being. Through these self-visualizations, the Calla Campaign hopes to create a new space for cisgender women, trans men, and non-binary people who have been previously marginalized in the medical context. Check out the Callascope Study page for more information about the medical device itself.