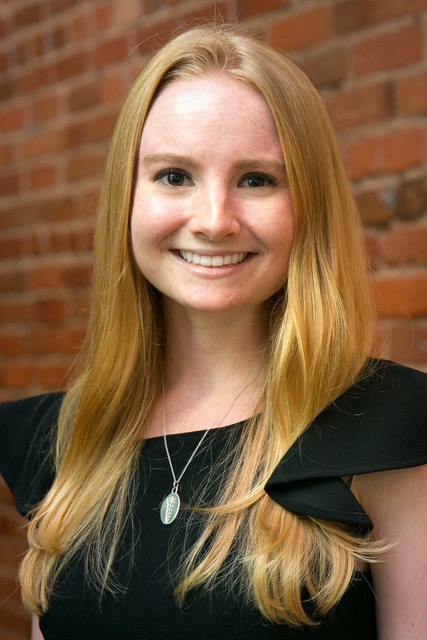 Julie Uchitel, a senior at Duke majoring in neuroscience and French with a chemistry minor, is one of two Duke students to be awarded a Marshall Scholarship. These scholarships have over 1,000 applicants across the U.S. and awardees receive fully-funded graduate degrees in the United Kingdom. Throughout her time at Duke, Julie has been very interested in both medicine and the health humanities. She developed a close relationship with HHL founder and co-director Deborah Jenson, who became Julie’s thesis advisor. The HHL spoke with Julie about her work with Deborah and her experience engaging in the the health humanities.

This interview has been edited and condensed for clarity.

Can you tell me about your medical background?
I’m originally from Philadelphia and before I came to Duke I did research in pediatric neurology at the Children’s Hospital of Philadelphia (CHOP). While there I worked on optical monitoring technology to monitor blood flow in babies’ brains, which were at risk for oxygen deprivation injury. Doing this work made me realize I’d discovered what I wanted to do for the rest of my life. Since my first semester at Duke, I’ve done research in pediatric neurology at Duke Children’s Hospital, working with Dr. Mohamad Mikati. Freshman year I was in the Cognitive Neuroscience and Law FOCUS cluster and took Neurolinguistics with Edna Andrews, which first showed me how the sciences and the humanities can intersect. My junior fall I studied abroad in France as a part of the Duke/EDUCO program taking courses at both EDUCO and at the Sorbonne, in modern art, politics and economics, on Proust and on political philosophy. That semester abroad was a really good time for me to explore my intellectual interests outside of science. 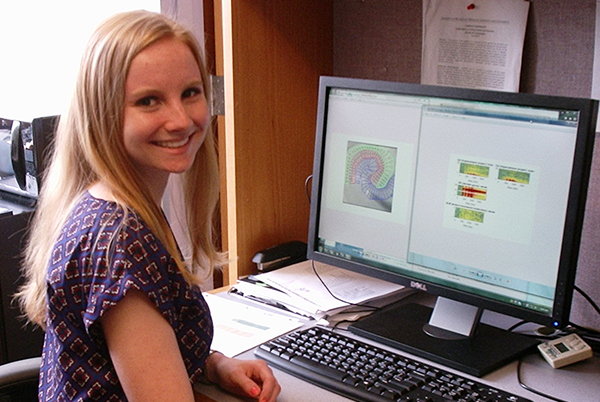 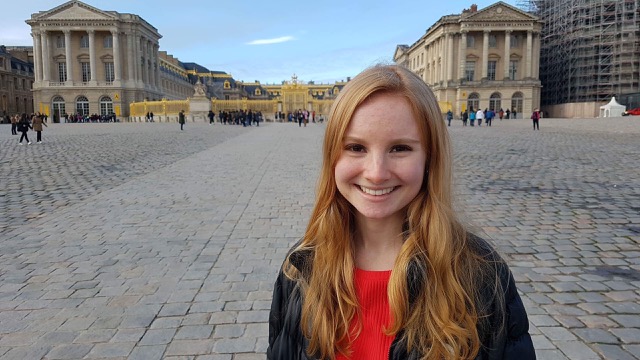 Can you tell me about how you got involved with Deborah Jenson?
The semester after France, Dr. Jenson was offering the HHL course Flaubert’s Brain. It was so perfect for me, I couldn’t resist it! That was when I first met Dr. Jenson and she really helped me dive into what I wanted to explore with neuroscience, French and epilepsy, since she had a strong interest in Flaubert and epilepsy. At that point I’d been doing research in pediatric epilepsy for two and a half years so it felt natural to integrate neuroscience, French, epilepsy, health and humanities into one seamless concept. My final paper from that course actually became the launching point of my senior thesis, for which Dr. Jenson is my advisor. It’s on epilepsy as a crisis of consciousness in French literature. I’m looking at how epilepsy can be represented narratively – how authors such as Gustav Flaubert and more modern authors write about their epilepsy through novels and graphic novels. For the thesis I’m also working on an IRB proposal to interview patients at Duke Hospital in the epilepsy monitoring unit where I plan to ask them how it feels to have a seizure. I’m really trying to get at how the phenomena of consciousness differs in the ictal state as opposed to the interictal state. Since the Flaubert course, I’ve done an independent study course for my thesis with Dr. Jenson and I’ve taken her HHL course Storytelling in Medicine & Health, so I’ve had three courses with her in just two semesters.

How did the Storytelling in Medicine & Health course affect you since you plan to be a doctor?
Since the course had such a unique collection of individuals we had very rich discussions. I say “unique collection” because the professors were Dr. Jenson with her literary background, Ray Barfield who is a pediatric oncologist, and Jeff Polish, a professional storyteller. Also the class had students from the Duke Divinity School, it had medical students and undergraduates. Hearing so many different voices really allowed for deep conversations and rich perspectives. One of the assignments in the course itself allowed me to explore my own voice and experience in the health humanities, since it was to write and tell an oral story with respect to health and wellness. Until this course I pretty much studied health humanities objectively from the perspective of the “theoretical” question of the connection between epilepsy and consciousness. However, the final assignment allowed me to explore a time when I was at CHOP and saw an infant die. For a quick recap: part of my work at CHOP was in the intensive care unit and there was one patient who we thought was going to live but ended up passing away. I wrote and spoke about my experience of the day-to-day following this patient’s case, thinking that things were going to turn out all right and then having them not end that way. It brought up a lot of emotions but the way the course was structured allowed me to learn from my reflections on that incident. The course absolutely needs to be a prerequisite for pre-health students. When you get to medical school, you’re not just doing things like thinking about organic chemistry reactions and biochemistry and physics. So much of your work is grounded in working with other individuals. In the pre-medical setting you don’t really receive training in how to approach medicine from a humanistic perspective despite the fact that the practice of medicine is entirely with other humans! Therefore, the health humanities needs to be a part of pre-medical education. This is a conversation I’ve had with a lot of people, even outside of the course.

What are your future plans both in the UK and beyond? Do you see the health humanities impacting your future?
The funny thing is that I’m actually doing the same type of research that I did at CHOP – optical monitoring – at Cambridge next year, so my education’s really come full circle. While doing this research I’ll be pursuing a master of philosophy (MPhil) in pediatrics. My second year is at King’s College in London and I think that second year is really the health humanities year for me. The masters program I’ll be in is called International Child Studies but essentially it’s a course on global health, child sociology and child rights. I’ll be looking at child rights from the perspective of child health care and how we can use child rights to improve child health systems, programs and developmental outcomes. I say this is relevant to the ‘humanities’ because all of this work is grounded in theory, reading documents that pertain to the topics, having discussions about what child rights are and how they differ from human rights, getting into deep ethical questions and then reflecting upon ethical thinkers in literature and history. In terms of my career, the child rights aspect is how I see my preservation of health humanities. After my two years in the UK I plan to go directly to medical school in the U.S. 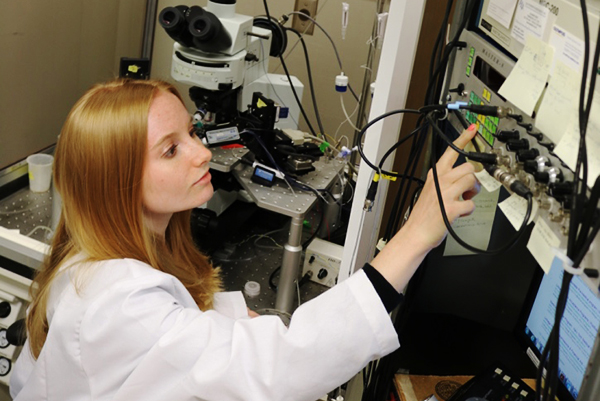