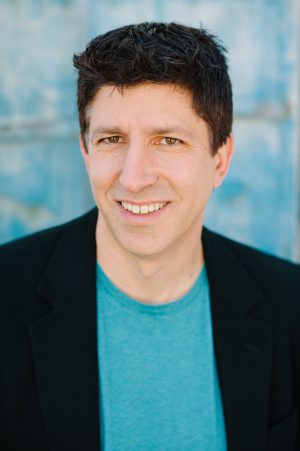 Jeff Polish teaches the HHL course Storytelling in Medicine and Health, which is team-taught and designed to help bridge the widening gap between doctors and their patients. Through an exploration of literary text and the concepts of Narrative Medicine, the course emphasizes the stories, not the diagnostics, as the most important commodity present in the doctor-patient relationship.

Jeff earned a Ph.D. in Molecular Cell Biology from Washington University in St. Louis. The focus of his thesis is glucose sensing in the yeast Saccharomyces cerevisiae. Essentially, the questions being asked were how do yeast cells sense the presence or absence of sugar in its environment and how then will they adapt to their available resources.

The results of this research have little or nothing to do with the trajectory of Jeff’s career, which deviated from academic inquiry towards Communications, specifically storytelling. In 2008, Jeff founded a NC-based non-profit called The Monti, which invites people in the community to tell personal stories in front of a live audience. The Monti’s Mission is to create community through the telling of stories. Through The Monti, and his subsequent side projects and teachings, Jeff is trying to create a frameshift in our culture, where displays of vulnerability are considered signs of strength, not fragility. Jeff received a 2013 Indies Arts Award and has been profiled in Science,Our State Magazine, Southern Living and Garden & Gun.

For the past three years, Jeff has received funding from IntraHealth and the Medtronic Foundation to train Frontline Health Workers in developing countries (i.e. Liberia, Uganda, India, etc.) to tell their stories (e.g. Ebola, malaria, gender-based violence) in global forums and Congressional briefings in Washington DC.