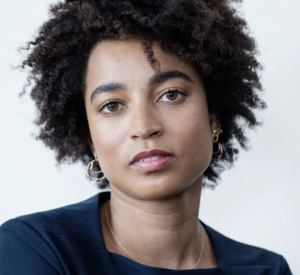 Rujeko Hockley is an assistant curator at the Whitney Museum of American Art. She is the curator of the upcoming retrospective Julie Mehretu, opening in March 2021, and co-curated the 2019 Whitney Biennial. Additional projects at the Whitney include Toyin Ojih Odutola: To Wander Determined (2017) and An Incomplete History of Protest: Selections from the Whitney’s Collection, 1940-2017 (2017). Previously, she was Assistant Curator of Contemporary Art at the Brooklyn Museum, where she co-curated Crossing Brooklyn: Art from Bushwick, Bed-Stuy, and Beyond (2014) and was involved in exhibitions highlighting the permanent collection as well as artists LaToya Ruby Frazier, The Bruce High Quality Foundation, Kehinde Wiley, Tom Sachs, and others. She is the co-curator of We Wanted a Revolution: Black Radical Women, 1965-85 (2017), which originated at the Brooklyn Museum and travelled to three U.S. venues in 2017-18. She serves on the Board of Art Matters, as well as the Advisory Board of Recess.

Rujeko Hockley in Conversation with Pedro Lasch and Brandee Newkirk