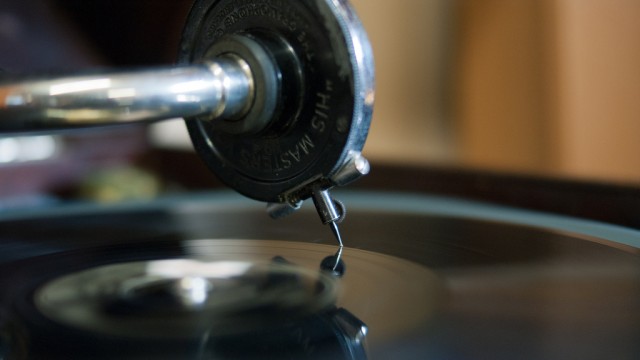 What is a sound box?

Long before an electrical age full of speakers, boom boxes, tape decks, TVs (known informally in the UK as a box), guitar amps, and other box-shaped devices like ipods and computers, stringed instruments used a hollowed out box for amplification through simple physics. The strings, attached to a hollowed out box, would set the surrounding air particles into vibrational motion at the same frequency, intensifying the sound so it could be heard at a greater distance. Emanated from these boxes, sound became a social phenomenon, connecting people together through an act of sonic transfer, social amplification.

In the earliest days of record players, the mechanical device that translated physical grooves of a record into sound waves was called a sound box not by coincidence. This process, too, was one of amplification and transfer that led to a burgeoning industry of sound reproduction. With its help, sounds from anywhere could be RE-sounded, RE-played, and RE-peated in faraway and future places. If a box is a tool used to contain or transport, then box full of sound—a SOUNDBOX—does something similar. It amplifies, transfers, translates, and transports, creating new meanings and new possibilities for sound and its listeners