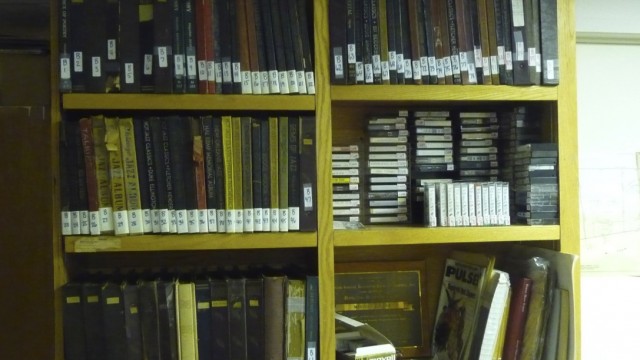 Sounds on the Shelf

Soundbox began with call. Listen. We want to argue with sound. We set out by asking a number of questions about sound and argumentation. Can sounds be selected and organized in an argumentative fashion? What types of rhetoric exist in sounds and their reproductions? How does one make an argument outside language? How can sound do rhetorical work? How does noise make meaning?

The soundBox team immediately saw the potential in digital humanities to help us explore these questions in innovative ways and offer scholars new opportunities to work with sound in their scholarly (and public) productions. Before such innovation is possible however, there are some major issues that need to be addressed. What kinds of sounds will be used? Where do they come from? How will these sound be published and who will have access to them? Who owns the rights to each sound and how do those rights influence our ability to use them in our work?

While our team will be forced to confront these questions moving forward, my recent research on the cultural history of the LP has given me amply opportunity think through another of our initial questions: How might we translate the materiality of sound objects to a digital interface? As someone who focuses on a format of musical distribution well past its glory days (the recent resurgence notwithstanding), the issue of translation is of particular interest to me. How am I going to incorporate sounds of the LP era in my digital work? 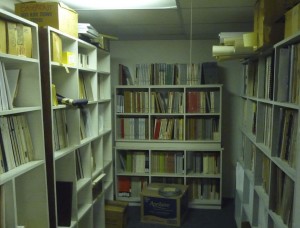 After all, LPs are (among other things) a physical object and that physicality was a large part of the formats success after it was introduced in 1948. As we begin to think about digital sound objects, will the physicality of an object like an LP have a place? What about the physicality of other sound objects I’ve come across in recent months such as cassette tapes, dat tapes, 78s, LPs, CDs, test pressings, reference recordings, 7in reels, 10in reels, and digital files on CDs, memory cards, and in my digital inbox? Each format takes up a certain space, feels and sounds a certain way, and requires a separate technological device to help translate format into sound (like a soundbox). As we translate analogue to digital and one form of digital to another, what about those moments of transfer and translation? Is there a place for those moments in a sound based digital humanities?