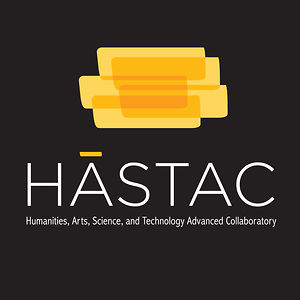 For the 2013 HASTAC conference, the SoundBox team will moderate a conversation with collaborators Nicholas Bruns (Cornell), Dr. Robin James (UNC-Charlotte) and Dr. Michael J. Kramer (Northwestern). After a short explanation of the SoundBox project’s goals, methods, and current activities, each panelist will briefly discuss his or her current work at the intersection of sound and new media. At the Cornell Lab of Ornithology, Nicholas Bruns has been developing acoustic recognition tools to help researchers identify bird songs in lengthy field recordings. Dr. Kramer, director of the Digital Berkeley Folk Music Festival Project, will discuss his current research on Alan Lomax, Harry Smith, and the Proto-Digital Study of Folk Music. Dr. James will share her creative-critical sound projects, including, most recently, her Sound Semiotics of the Kitchen, a sound- and social-media-based reperformance of Martha Rosler’s 1975 video “The Semiotics of the Kitchen.” Throughout, panelists will highlight innovative digital techniques for playing with the audible world, leading into an open conversation with audience members.

SoundBox, a two-year project funded by the new PhD Lab in Digital Knowledge at Duke University, explores new ways of incorporating sound into digital scholarly productions. It does so primarily by hosting a series of “provocations”—essays, experiments, and events both digital and local—that challenge those who experience them to imagine a sonically-based form of scholarship. These provocations are being digitally curated by the three-member SoundBox team: Mary Caton Lingold, Darren Mueller, and Whitney Trettien.

Unlike many other Digital Humanities projects, SoundBox does not intend to produce a tool but generate creative spaces that provoke new expressive forms. These spaces are by their nature hybrid, multidisciplinary, and inter-institutional, bringing together artists, audio engineers and scholars from universities, museums, public libraries and commercial studios. By fostering and encouraging these creative partnerships, SoundBox perceives its role primarily as facilitating and archiving sonic interventions in research, scholarship, and teaching.

Nicholas Bruns is a masters candidate in Computer Science, specializing in the implementation of robust machine learning systems. Applications have focused on large scale extraction of knowledge from media, to date including images, natural language, maps and sound. He has undergraduate degrees in ecology and policy analysis, and is most interested in AI for environmental justice—namely in biodiversity conservation and common pool resource management. He’s currently, in collaboration with the Cornell Lab of Ornithology and the Institute of Computational Sustainability, developing a system for automated identification of birds in nocturnal field recordings. This work is part of a CLO initiative to model migration at population levels through a network of citizen-operated acoustic collectors.

Michael J. Kramer is a lecturer in History and American Studies and an Undergraduate Academic Adviser in Weinberg College of Arts and Sciences at Northwestern. He specializes in twentieth-century United States cultural and intellectual history. His recently published book, The Republic of Rock: Music and Citizenship in the Sixties Counterculture, San Francisco-Vietnam, 1965-1975 (Oxford University Press), examines how rock music generated countercultural engagements with citizenship and public life in two crucial locales, the San Francisco Bay Area and the Vietnam War zone. As part of a book project about the Berkeley Folk Music Festival, he is also working with students, librarians, and technologists to develop an interactive, multi-authored, multimodal platform for the archival study of American vernacular music.

Robin James is an Associate Professor of Philosophy and Women’s and Gender Studies at UNC Charlotte. Her work focuses on the role of sound in contemporary forms of knowledge, value, pleasure, embodiment, and capital. With a practical background in classical and popular music performance, and an academic background in music and philosophy, James uses sound art as a way to creatively examine the issues in feminist/queer/critical race/disability studies, continental philosophy, and music studies that she explore in her theoretical writing. Her theoretical work addresses the interaction between musical/audiological institutions and systems of political organization (like gender or race). She has published in venues including The New Inquiry, Hypatia, The Journal of Popular Music Studies, and Contemporary Aesthetics, and she is also the author of The Conjectural Body: Gender, Race, and the Philosophy of Music. She blogs about all of this at its-her-factory.blogspot.com.