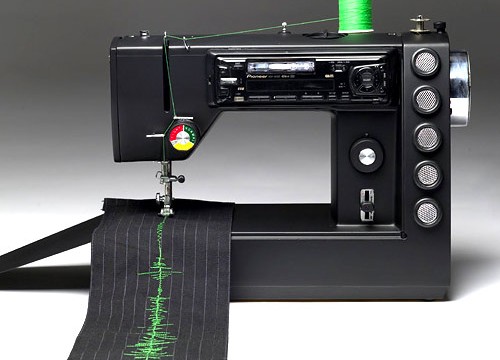 During the past two weeks I took the first step toward my SoundBox provocation, “‘The Organs of the Soul:’ An Archive of Sonic Networks in Eighteenth-Century Paris,” and investigated potential web publishing platforms.  My project hopes to simulate sonic networks in eighteenth-century Paris, and so my goal was first and foremost to find a platform that foregrounds sound recordings and images that could be annotated.  The project will exhibit archival and primary source materials from eighteenth-century Paris, including opera librettos, descriptions of church bells, writings from the Dictionnaire de musique and much, much more.  These sonic markers of eighteenth-century Paris were social signs that performed and transmitted a plethora of knowledge over the course of the century.  As meaning became attached to and detached from various sonic experiences, listeners developed a common social archive of sound.  My project aims to create a digital sound archive of eighteenth-century Paris with the goal of both re-creating this web of sonic knowledge that Parisians lived within and exploring how that web transformed and persisted over the course of the century, particularly in relation to the circulation of French Enlightenment thought (1749-1789) and the French Revolution (1789-1799).  Although recordings of eighteenth-century Paris (clearly) do not exist, some of the music will be performed and recorded for the project, while other materials will be presented in a way that highlights the sound embedded within these texts.  I want the project to have a “choose your own adventure” feel, so non-linear narrative pathways were a must for the platform.  I reviewed four platforms that colleagues suggested to me: Neatline, Scalar, Simile Exhibition 3.0, and Zeega.

For now (the site notes upcoming changes “soon”), Neatline projects must be annotated in reference to geography.  While my project could use geography as its referential basis, I’m not sure that it would be an ideal approach.  Because I want to foreground sound, ideally the sounds themselves connect and interact with one another without seeming tied (exclusively) to a map of Paris.  Sound moved through Paris, from body to body, in a way that was not possible for other media, and therefore I don’t want to anchor the sounds to single locations, but exemplify how it fluidly moved through and around the city and Parisians.  While visually very attractive, particularly in regards to archival documents, Neatline approaches a point of visual overload depending upon how one crafts the project.  In addition,to my knowledge and sleuthing skills (I welcome comments and insight!),it does not have the capacity to incorporate sound recordings.

A large part of the appeal to Simile Exhibit 3.0 also lies in its map visualizations.  The platform exemplifies big data at its finest– heavily focused on lists, meta-data, and organization.  In fact, the program seems more useful for organization rather than crafting narrative pathways through meta-data and media.  As a beginner (this is my first foray into a big DH project), the program intimidated me.  And once again, I could not find a way to incorporate sound recordings, videos, or even archival documents.

Zeega proved to be an excellent platform for narrating through sound and video, or any other media you like, allowing the creator to foreground sound as much as she would like.  A simple Zeega site seems fairly straightforward to create, uploading content or using content from the cloud, the creator can organize one page at a time and then organize the pages in relation to one another.  The end result is interactive, and both visually and aurally stimulating.  Visitors can click hotspots and arrows to explore.  In more advanced projects created using Zeega, maps are an exciting option, but by no means compulsory.  It is difficult to see, however, from the basic “sign in” Zeega page, how one would proceed to create such an advanced project.  Also, there does not seem to be a means of organizing the site nodally via tags and meta-data.  The “choose your own adventure” aspect would have to occur via a single screen, rather than a series of related points that the visitor could jump among at will.

Scalar offers an alternative to linear narratives, and though it can be very text-based, it offers the use of all kinds of media and the ability to foreground and to annotate them with one another (annotate a video with a sound recording, a sound recording with text, etc.).  The media can be obtained through Scalar’s own archival affiliations, or uploaded by the creator.  Creating a scalar site seems incredibly straightforward (especially compared to the previous three options).  It is quite true that if you can navigate a blog, you can navigate Scalar, at least at the beginning.  (The process as tags and  meta-data become involved remains to be seen.)  The biggest draw to Scalar, for me, are the various pathways and connections that can be created via tags and meta-data.  These features allow visitors to hop around the site at will and experience a true “choose your own adventure” narrative.  These pathways can be color-coded.  For example, “bells” can be a red pathway, “Rousseau” can be a green one, and “opera” can be yellow.  In addition to these colored connections, the creator can also set up a linear path if visitors prefer to experience the site in a more traditional format.  Most exciting, a visualization feature  (particularly the “Radial” one) and a tag cloud allow both the creator and visitors to see the large scale connections and pathways within the project.

For my own purposes, Scalar offers the ideal platform.  However, all of these platforms have unique features that would work well depending upon the end result the creator seeks.  Any additions or comments to my discussion here would be very welcome since, as I said previously, this is my first attempt at such a project.  Updates will follow as I begin creating my Scalar site!

Rebecca is a Ph.D. candidate in musicology at Duke University where she earned an M.A. in musicology in 2011.  She holds B.A. degrees in history and in international studies, phi beta kappa, from the Penn State Schreyer Honors College.  Rebecca’s dissertation focuses on the intersection and interaction of popular experiences and philosophies of music during the French Revolution, specifically the articulations of power found within various musical performances during the revolutionary decade.  She spent the last year digging through archives in Paris, France, and her article “Rousseau and the Revolutionary Repertoire” will appear in the forthcoming volume 43 of Studies in Eighteenth-Century Culture.  Rebecca’s work combines the methodologies of history, anthropology, and musicology to analyze music in all its forms, from performance, to discourse, to text.  In addition to her work on seventeenth through nineteenth-century French music, Rebecca also researches and writes about film music, and this academic year will teach writing courses on music journalism and music as politics from the eighteenth-century to the present.  This project is Rebecca’s first large-scale foray into sound studies in eighteenth-century contexts, as well as into the digital humanities, and she hopes to shed new light on how the digital humanities can facilitate intimate, embodied research of musical and sound sources from the pre-recording era. Follow her on twitter: @BeccaSchwinRoy