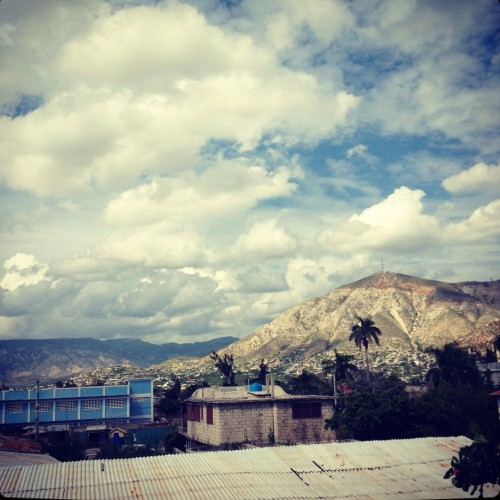 Gonaives, the largest city in the Artibonite region of Haiti, is considered by many to be the heartland of Vodou traditions in Haiti. This reputation comes in part from the presence of three prestigious temples: Souvnans, Soukri, and Bajdo. Each of these three temples preserve a different strands of Vodou tradition that trace back to cultural ancestries in Africa: Souvnans is associated with Dahome nanchon (or nation), Soukri the Congo nanchon, and Badjo with the Nago nanchon. Each tradition serves different loa with distinct dances, songs and drumming rhythms. These temples claim histories that date back many years, even into the colonial era.

Over the years Gonaives has played an important role in shaping Haitian history. Many of the most important challenges to central authority in Haiti emerged from this dusty coastal city. It was from Gonaives that Jean-Jacques Dessalines proclaimed Haitian independence from French colonial rule on January 1, 1804. The city was also the site of popular opposition to the rule of Jean-Claude Duvalier, and protests there contributed to the downfall of the dictator in 1986. When in early February 2004, armed rebels seized control of Gonaives, it signaled the beginning of a coup that led to the ousting of President Jean-Bertrand Aristide a few weeks later.

In 2008 Gonaives was hit by a devastating series of hurricanes that killed thousands of people and destroyed much of the area. Souvnans, Badjo, and Soukri were badly damaged. The lakous struggled to maintain the normal rhythm of the annual festivals despite the destruction of their sites and the roads required to take people there. In September 2009, Haitian Prime Minister Michèle Duvivier Pierre-Louis oversaw the reparation of these sites of national patrimony, further cementing their reputation as invaluable sites of Haitian cultural and historical heritage. (To learn more about this moment in Gonaives history, read some of Le Nouvelliste articles on our links page.)