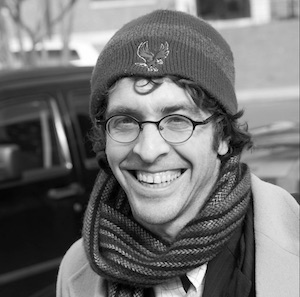 Dr. Joshua Nadel is Associate Professor of Latin American and Caribbean history and Associate Director of the Global Studies Program at North Carolina Central University. His research focuses on sport and food. He teaches classes on Latin American social and cultural history, sport history, and on human rights and humanitarian aid. His publications include two books: Futbolera: Women, Gender, and Sexuality in Latin American Sports History (Austin: University of Texas Press, 2019; co-authored with Brenda Elsey) and Fútbol!: Why Soccer Matters in Latin America (Gainesville, University of Florida Press, 2014). In addition to several book chapters, he has also published on the intersection of soccer, politics, and society in Foreign Policy, the Washington Post, Sports Illustrated, Remezcla, and Vice Sports.

Prof. Nadel has been a faculty coordinator of the FHI-NCCU DH initiative since its planning stage. In 2012-13, he was a Humanities Writ Large Visiting Faculty Fellow at the Haiti Lab, Franklin Humanities Institute. Among other projects, he taught a joint Duke-NCCU course on Haiti and co-organized an international conference on Humanitarianism in Haiti. His work with the Haiti Lab drew in part from his In 1996-1997 as a research associate with the National Coalition for Haitian Rights in Port-au-Prince. His main task was researching the training and functioning of the Haitian National Police (PNH), and tracking cases of abuse. In this role he also lobbied the Haitian Parliament for stricter rules governing police use of force and oversight of the PNH, observed and reported on conditions in Haitian prisons, and observed the 1997 Senate elections.