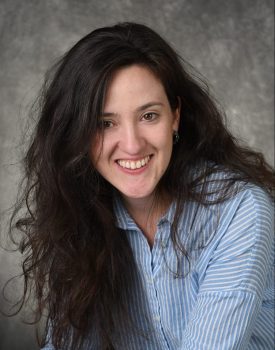 Elia Romera Figueroa is a PhD Candidate in Romance Studies–Spanish track. Her interests include 20th and 21st-century feminist movements, as well as memory and culture in Social Movements.  Her dissertation focuses on Spanish protest music during Francoism and Spanish Transition to democracy (1952-1986). To read about how the Lab has influenced her work go to Gender & Feminism.

During her years with the Lab, Elia received three travel grants to present in different events:

Elia has also organized one of the Lab’s events, The March 8th Uprisings in Spain, and she co-organized two events that the lab has co-sponsored: Transnational Soundscapes: Literary and Sonic Cultures Across the Americas and Iberia (2020) and Negotiating Spaces (2019).