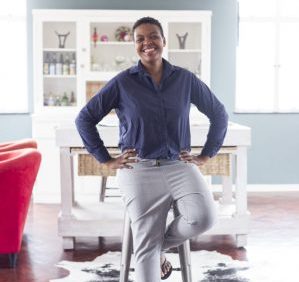 Gabi Ngcobo is an artist, curator and educator living in Johannesburg, South Africa. Since the early 2000s Ngcobo has been engaged in collaborative artistic, curatorial, and educational projects in South Africa and on an international scope. Recent curatorial projects include All in a Day’s Eye: The Politics of Innocence in the Javett Family Collection, at the Javett Art Centre- University of Pretoria (Javett-UP), Mating Birds at the KZNSA Gallery, Durban. In 2018 she curated the 10th Berlin Biennale titled We don’t need another hero and was one of the co-curators of the 32nd Sao Paulo Bienal (2016). She is a founding member of the Johannesburg based collaborative platforms NGO – Nothing Gets Organised (2016-) and Center for Historical Reenactments (2010–14). Ngcobo’s writing have been published in various publications including the reader Uneven Bodies,  Govett-Brewster Art Gallery, Aotearoa New Zealand (2021), The Stronger We Become the catalogue of the South African Pavillion, Venice (2019), Public Intimacy: Art and Other Ordinary Acts in South Africa, YBCA/SFMOMA (2014), We Are Many: Art, the Political and Multiple Truths, Verbier Art Summit (2019) and Texte Zur Kunst September 2017. In November 2020 Ngcobo was appointed Curatorial Director at the Javett-UP.

Gabi Ngcobo in Conversation with Pedro Lasch and Nzinga Simmons