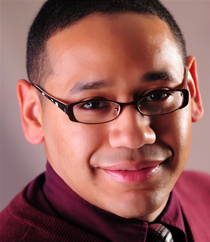 Being the son of a Haitian mother, Eric has been enjoying the re-discovery of his cultural origins through the work he has engaged in with Duke’s Haiti Lab. He recently traveled to Gonaïves, Haiti to document the vodou traditions and ceremonies during the holiday period of Fèt Gede.

The future looks promising for Eric as he looks towards where his career will take him. He continues to work hard at learning & perfecting his craft while exploring the rich history of his familial homeland of Haiti.