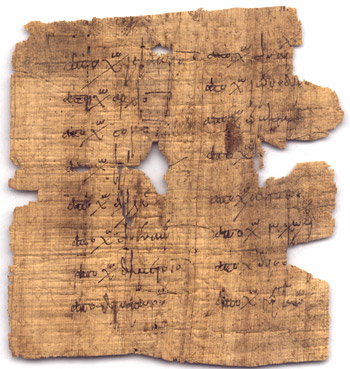 In a 2007 resolution the American Society of Papyrologists (ASP) placed into a special category papyri “excavated illegally or exported from their country of origin after 24 April 1972,”[1] urging that

… the publication, presentation, and/ or exhibition of such material shall not occur under the Society’s auspices (for example, in its Bulletin or at its Annual Meeting) unless the author, speaker, or curator includes a frank and thorough discussion of the provenance of every item.

A subsequent resolution, adopted by ASP and under consideration by the Association Internationale de Papyrologues (AIP),[2] has moved the date for “illicit” papyri to any “acquired after 1970 that lacks certain documentation of its legal export,” while also acknowledging that “there are well-documented cases of papyri that were illegally exported before this date.” The resolution continues,

Authors should in principle avoid the publication of illicit papyri, but it is recognized that such materials are already present in many collections, and that new objects deemed to have extraordinary scientific importance may emerge. In these exceptional cases, authors must document the circumstances of acquisition thoroughly and completely; the identity of the persons involved should be disclosed. 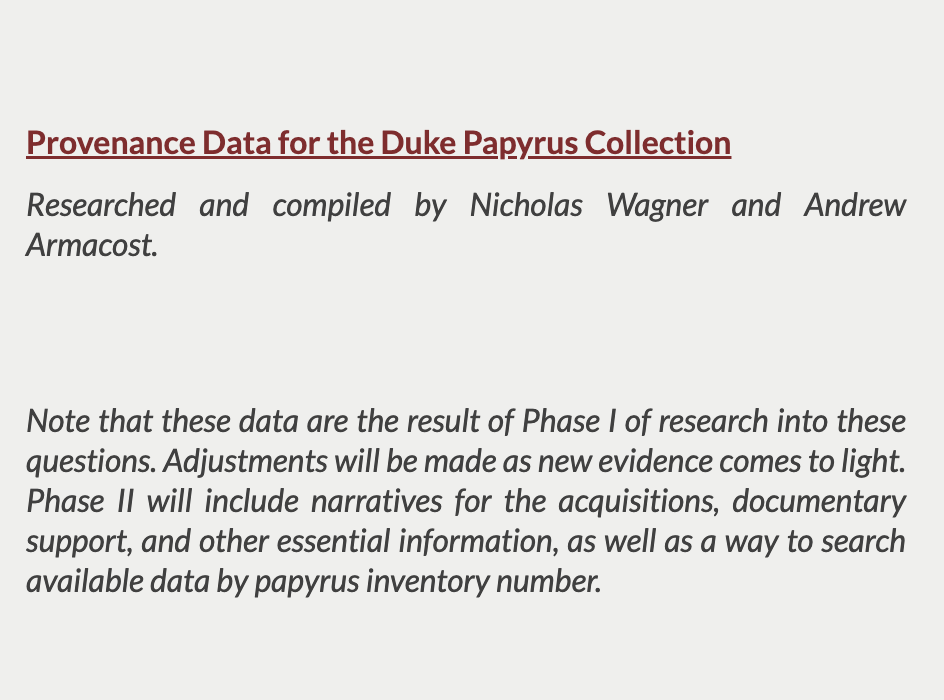 Most papyrus collections do not, however, make readily available the data for “frank and thorough discussion of the provenance” that are necessary to determine whether a publication may be of a papyrus with “licit” or “illicit” origins. Moreover, excavations and exports with documentable “legal” permits often depend upon authorities with dubious claim to exercise such rights. In the case of Egypt, the antiquities ministry (Service des Antiquités) was controlled by a series of French Directors from its beginning in 1858 up to the Nassar revolution in 1952, and the country was under strong British influence, with occupying troops, from 1882 well past nominal independence in 1922. Smuggling and illegitimate use of diplomatic pouches was common until recently. As the joint ASP/AIP resolution states, “what may have seemed acceptable a few decades ago now appears highly problematic; in addition, scholars are increasingly conscious of the deleterious legacies of colonial rule.” Complete and public disclosure of what is known about provenance can, therefore, be fairly urged for all papyri.

Under the auspices of the FHI Manuscript Migration Lab, in collaboration with Duke’s Rubenstein Library, our team has initiated and brought to a first phase of completion research into the provenance of the approximately 1300 papyri in the Duke collection. We list the results on a document linked here. Our aim is to bring to light as honestly and accurately as possible the country of origin and all subsequent migrations of each object. We do so in full and humble recognition that some of the disclosures reveal or suggest acquisitions impermissible by today’s standards, and/or “illicit” by reasonable measure.

Our broader goals are to anchor and facilitate the developing international conversation about:

Our hope is that other institutions will follow this movement to full transparency as regards the acquisition information available from our institutional records.

We welcome collaborators of any kind.

[1] The UNESCO Convention on the Means of Prohibiting and Preventing the Illicit Import, Export and Transfer of Ownership of Cultural Property was signed in 1970, and came into effect in 1972.

[2] Approved by ASP in 2021; pending approval by AIP, to be voted in summer, 2022. For the texts of both resolutions, see https://www.papyrology.org/resolutions.html